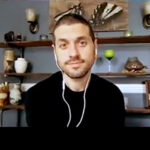 Picture the widespread availability of a simple, cheap, at-home Covid test that produces quick results. Perhaps a strip of paper like a pregnancy test. Everyone in the country takes it daily. It would stop this virus in its tracks.

On the weekly podcast This Week in Virology, molecular biology diagnostician Michael Mina lays out the case for the effectiveness of such a test. Here is the preprint of the paper Mina co-authored on the subject. You’ll get the details if you watch 32 minutes of the YouTube video at the link above. In the video Mina is speaking to fellow experts, for an audience of the same, but I found I was able to follow his argument easily enough.

Tests like this exist now. No new technology or innovation is needed. They exist in the labs of any number of biotech companies, from startups to the Fortune 500. They could easily be manufactured in the mil­lions and sell for a dollar. Companies are reluctant to submit them to the FDA or bring them to market partly because the science of this pandemic has become so politicized.

The cheap-quick test is not as accurate as the “gold standard” RT-PCR test, not by a long way. You have to have a lot more virus in your system before a paper-strip, pregnancy-test-like instant assay will detect it. But cheap, frequent, and quick trump clinically accurate if the application is society-level disease sur­veil­lance, not laboratory exactitude.

As Dr. Mina explains it, the PCR test is so sensitive it can detect the virus at the very fringes of its inter­action with a human host — when it is beginning its exponential growth after infection, and also long after the body’s defenses have beaten it down. The ideal test would alert you just at the moment when you become infectious to others. But the nature of exponential growth is that, once it gets going, it builds faster and faster. Dr. Mina explains that if a cheap-quick test missed an infection in its earliest stages, within mere hours — not days — the virus would have multiplied to the point of easy detectability. “It doesn’t have to catch you in your incubation period, it doesn’t have to catch you 20 days later, it just has to tell you the morning of, that you have enough virus that you could be transmitting,” Mina says.

Much of the reason companies have been leery of putting forward such cheap-quick, but less sensi­tive, tests boil down to the “Abbott ID Now effect.” That particular assay is “only” 50% as sen­sitive as PCR — it will miss some cases that the gold standard would pick up. (But with frequent test­ing, those would be caught on the next round.) As Dr. Mina explains it, Abbott’s test came in for heavy criticism once it was revealed that the White House employs it. The suspicion is that political passions may have colored the response to Abbott ID Now.

“The way the FDA is evaluating tests right now, they’re saying they want it to be 80% as sensitive as PCR,” Dr. Mina says. This criterion precludes developing a test that is as cheap as it needs to be. “We’ve kind of lost our minds in terms of this real focus on analytical sensitivity,” Mina continues. “We have created this whole ecosystem where we are so focused on high-end, expensive tests that we’re not testing anyone.”

The problem with PCR

The gold standard test — the one that requires a deep nasal swab and laboratory processing and returns results in a day or longer — is in deep trouble in this country. In the massive upsurge of the virus’s spread in a majority of US states, centralized testing laboratories are stretched beyond their limits and PCR test results are taking a week or more to come back. This circumstance renders the testing basically useless.

“We need the best means of detecting and containing the virus, not a perfect test that no one can use.” Mina and a co-author wrote in a New York Times op-ed earlier this month. They expressed hope that paper-strip tests will soon be approved and made widely available. I hope they are right.

[ Note added 2020-07-23: ] Yesterday researchers and administrtors at the National Institutes of Health published an editorial in NEJM on RADx. This effort, backed by $1.5 billion of Congressionally approved funds, is the rapid development program NIH has put in motion to develop and mass-produce appropriate diagnostic tests for SARS-CoV-2 by fall of this year. So maybe we will have $1 paper-strip tests.