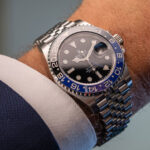 You have probably heard that one of the three vaccine makers in Phase III trials in the US, AstraZeneca, has paused its effort while an outside committee studies a “serious adverse incident.”

This is jargon for “something bad happened.” AZ needs to find out whether what happened was caused by its candidate vaccine, or was unrelated to it.

The incident involved a female study subject in the UK who showed up with transverse myelitis — a rare and serious inflammation of the spinal cord. The company determined that she had indeed received the vaccine, not the placebo, and called for a hold on any further vaccinations, worldwide.

Historically, this kind of hold on a Phase III trial, based on a single possible adverse reaction, is not common but is far from unheard-of. In fact, late reporting on AZ’s current pause has turned up the previously unreported fact that the company had imposed a hold in June to its Phase II/III trials in South Africa, Brazil, and the UK because one study subject developed neurological symptoms. The problem was quickly determined to be MS, and unrelated to the vaccine; the study resumed.

AZ’s stock dropped by several percentage points after the current delay was announced. In a call with investors today, the company’s CEO responded to a question about whether his comments were meant mostly to shore up the stock price by emphasizing how important product safety is. “A vaccine that nobody wants to take is not very useful,” he said.

AstraZeneca began its US Phase III trials a month behind its two rivals, Pfizer and Moderna, though it was first to Phase II/III trials elsewhere. The current delay will not help its prospects for being first out of the gate with a vaccine, but only time will tell who has the advantage in efficacy and safety.

[ Note added 2020-09-12: ] AstraZeneca has resumed the Phase II / III trial of its candidate Covid-18 vaccine, AZD1222 — but only in the UK. The company is also running Phase II / III or Phase III trials in South Africa, Brazil, and the US. According to this coverage at Stat News, regulators in each of those three countried need to give the go-ahead for the trials to resume there.

In TWiV #661, guest Ralph Baric spelled out what that lone case of (reported) lateral myelitis in the AstraZeneca trial might mean. It could have been unrelated to the vaccine. If related, it could have been caused by one of three factors: the vector used in the vaccine; an adjuvant that might be present; or the SARS-CoV-2’s spike protein. If the latter, then practically every vaccine in development might be affected. Stat reports that the organizations behind the 35 trials now taking place in human subjects (nine of them Phase III) are combing through their records for any sign of similar side effects.