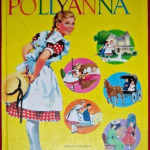 A while back I “attended” a Zoom meeting with my Optimist group. If you are not familiar with this organization, Optimists International is a civic association, like the Rotary or the Kiwanis, with a focus on helping youth. Our local chapter * usually meets in person at a nearby venue, but in this day of social distancing, we are now holding meetings virtually. This has turned out to be a fun experience. We now all get to be like Paul Lynde on the old Hollywood Squares television show, or Marcia on the Brady Bunch, with our image framed along with those of other folks, on an electronic screen. This offered us an opportunity to go along with our Optimist Creed of being “too strong for fear” and putting a positive spin on being apart from one another.

I come from a long line of Optimists, although not all of them were card-carrying members like me. My grandfather was a top salesman for the Prudential Insurance Company. Most salespeople are optimistic either by nature or with practice. Often they face objections from the customers to whom they are showing products. You have to be very self-motivated to get past the rejections and believe in your goods or service so much that others, too, understand why they are important to have. My grandfather certainly believed in the value of insurance. His own dad died tragically in an accident and grandpa and his brothers did what they could to help my great-grandmother with expenses. As ‘tweens, they used to catch rattlesnakes on the bluffs near La Crosse, Wisconsin. A local man paid them $0.50 per snake. It was pretty good money back in the day, albeit a risky business just the same.

Moving to Northeast Minneapolis, my granddad settled in among a community of first- and second- generation immigrants like himself. In order to sell insurance to his neighbors he taught himself Swedish, Norwegian, and Danish by reading newspapers written in these languages. Because he had some deaf people in his territory, he taught himself sign as well. I still have the wallet-sized “cheat sheet” he gave me which shows the alphabet done in sign language.

My dad was an optimistic person, too, but in a different way. When I worked in his office during my high school and college years, I’d read his Christopher pamphlets when they arrived in the mail. The Christophers is a charity which has a saying, “It is better to light a candle, than to curse the darkness.” Dad saw a lot of darkness as a World War II army man at D-Day and The Battle of the Bulge. He suffered from chronic back pain from his war experience and yet continued to “light candles” by helping many people as a lawyer throughout his life.

During this stay-at-home time, I’ve been going through a collection of books left over from the bookstore Keith and I used to own. Included in this stash I found a children’s book, Pollyanna, by Eleanor H. Porter. Although I’d seen the Disney movie version starring Haley Mills years ago, I had never read the book. This quarantine time seemed the perfect time to do so.

The term “pollyanna” has morphed into meaning someone who is naive, wearing rose-colored glasses, and in denial about real events. This simplifies and takes away from the message of the author. Eleanor Porter endured hardships. Her own mother was an invalid and depended on her for care. Eleanor had times of poor health herself and died at 51 years of age from TB.

In the book, Pollyanna experiences poverty and, at first, emotional neglect from an aunt who takes care of her only out of “duty.” This is after Pollyanna is orphaned and still grieving her loss. Her father didn’t leave her money, but he did help her build inner fortitude by teaching her the “glad game.” He was a minister who found 800 passages in the Bible telling us to “rejoice and be glad.” So he taught Pollyanna to focus so much on the positive in any situation that she would forget the sorrow. By doing so Pollyanna changes the world around her. She helps a neglected child find a home, draws out a lonely man, helps an invalid woman, brings love to her aunt, and adds sparkle to the residents of her town. Pretty powerful stuff. She doesn’t deny reality, but helps shape it into better outcomes.

The book was so popular when it was published in 1913 that a board game, The Glad Game, was produced by Parker Brothers. “Glad Clubs” were formed by fans (and perhaps the P.R. Department of Parker Bros.). There was a Broadway play called “Pollyanna Whittier, The Glad Girl”. Helen Hayes played the title role. And, in Littleton, New Hampshire where Eleanor Porter lived, there is a statue of Pollyanna and a summer Pollyanna festival. Often film adaptations don’t truly grasp the nuances of an author. This is true of the Disney version, I’ve come to find out, as enjoyable as it was. I’m “glad” I read the book and hope you have a chance to do so and share it with those you love, especially children. You’ll be “glad” you did.

* If you would like more information about the Optimists, email Steve Severance, the local chapter’s president.